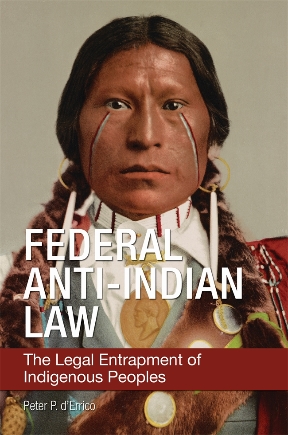 {n.b.: Mac Safari may block playback. Use another browser.}

This a part of ECOLOGIA‘s Native American and Indigenous Paths to Environmental Resilience program and one of several podcasts and print transcripts focused on the challenges to and emerging opportunities for indigenous people to take control of environmental affairs on their own lands and on contested lands.

Original sketch by Black Crow, one of the named plaintiffs in Trapp, et al. v. DuBois, et al., a lawsuit to protect spiritual freedom in prison. 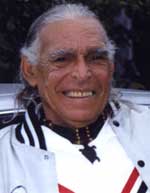 Click photo to see larger image.IN MEMORY OF SLOW TURTLE, Supreme Medicine Man of the Wampanoag Nation, who died October 27, 1997. Slow Turtle was an inspiration for my work and life, as he was for many others around the world.
A poem by Bob Doyle describes the ceremony in which Slow Turtle's ashes were put to sea.

The following links are organized around the autobiographical statement (which I wrote when I was still teaching), with a subset around the syllabi:

Seeing through the chimera of US "trust" law: A series of columns analyzing the so-called "trust doctrine" in US law relating to Native Peoples, written in the wake of a US Supreme Court decision denying compensation to the Navajo for decades of underpaid coal extraction pursuant to federally approved leases [United States v. Navajo Nation, (2009)]

Due Process, a commentary I wrote after a judge denied a prisoner's motion to hold the department of corrections in contempt for denying the terms of a court-ordered agreement to respect American Indian religious freedoms in prison. Native Currents, 16 February 2007.

An interview with Charles C. Mann, Author of 1491: New Revelations of the Americas Before Columbus
Abstract: Mann's book is a blockbuster. It brings together results of the latest scientific research that has been focused on learning about the American hemisphere before the so-called "discovery" by Columbus. Mann presents this research in an easy, personable style that allows readers to understand issues and concepts in complex fields like linguistics, genetics, carbon dating, soil geography and epidemiology. The publication of Mann's book shifts the entire paradigm of "discovery," colonization and the history of indigenous peoples in the Americas. This book provides the foundation for a scientific history of the Americas. No longer do we have to base our critique of the Bering Strait theory (or, as the late Vine Deloria Jr. called it, the "BS theory") and all its attendant nonsense about a "vacant land" only on our gut instincts and traditional stories; now we can locate in one book the results of advanced Western science that support our understandings.
Part One - 22 December 2005
Part Two - 22 December 2005

"Corporate Personality and Human Commodification" an essay on the concept of the corporation as a "person," originally appeared in Rethinking MARXISM, Volume 9, Number 2 (Summer 1996/97), pp. 99-113. (The concept that a corporation is a person "consists of and depends on a generalized substitution of juridical persons for real people.")

"Native American Indian Studies - A Note on Names", an explanation of the name chosen by the Five Colleges Faculty Seminar. ("We have to discard both 'American Indian' and 'Native American' if we want to be faithful to reality and true to the principle that a People's name ought to come from themselves.")

"The Law of Baron and Femme: Women, Indians, and Patriarchal Guardianship" an essay on the seminal American "domestic relations" law treatise by Tapping Reeve, founder of the Litchfield (CT) Law School, presented to the Litchfield Historical Society in 1998. ("While Reeve wrote in favor of the transformation of American law away from feudal restrictions regarding women and property, the U.S. Supreme Court decided in Johnson v. McIntosh to deprive Native Peoples of property rights on the basis of feudal conceptions of kings and 'heathens.'")

"John Marshall: Indian Lover?" an essay on Johnson v. McIntosh, the first of the Marshall "Indian trilogy," appeared originally in Journal of the West, vol. 39 no. 3 (Summer 2000) ("Marshall's adoption of 'Christian discovery' in Johnson v. McIntosh constitutes one of the most ambitious efforts in legal history to tailor new clothes for an emperor.")

"NativeWeb: Internet as Political Technology" an article about the creation of NativeWeb, for the January 2000 "Lessons from the Web" column at JURIST, The Law Professors' Network

"Native Americans in America: A Theoretical and Historical Overview" reviews the history of Native Americans and the fundamental issues being challenged in order to attain sovereignty, Wicazo Sa Review, Vol. 14, No. 1, Indigenous Resistance and Persistence (Spring, 1999), pp. 7-28, available on JSTOR and from Academia.edu

"PRISON AT NIGHT: Native Spirituality Behind Bars", an essay written after my first visit to the Native American Spiritual Awareness Council, before deciding to represent them in Trapp, et al. v. DuBois, et al.

Indigenous Peoples' Law and Legal Issues, selected resources for teaching about law and legal issues related to indigenous peoples of the world.

"O. J.'s Blood", an essay written in December 1995 for Interracial Voice, commenting on the murder trial of O. J. Simpson. "O. J.'s blood (or was it?) appeared to be the only question in the trial of O. J. Simpson. Media, frustrated with low-tech legal processes, fixated on DNA. In the end, the jury appeared concerned with other blood that emerged from police testimony, bad blood between races. O. J.'s acquittal appeared to have more to do with racial than individual blood."