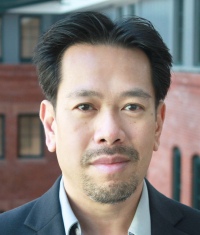 My research focuses on racial/ethnic relations in the U.S., immigration, and comparisons of socio-demographic outcomes among different Asian American groups, such as small business ownership, characteristics of ethnic enclaves, and interracial and interethnic marriage. I also conduct sociological research and analysis on the experiences of Asian international students at U.S. colleges and universities, and on various aspects of Asian American popular culture and political activism. I am also the author of the book Asian American Assimilation: Ethnicity, Immigration, and Socioeconomic Attainment.

I am a strong supporter of "public sociology," the movement to make sociological research and analysis as widely accessible and applicable to real-world issues and situations as possible. As such, I am the creator of Asian-Nation: The Landscape of Asian America, an information resource on the historical, political, demographic, and cultural issues that affect today's diverse Asian American population. I have been interviewed and quoted by media outlets such as the New York Times, CNN, the Associated Press, the Wall Street Journal, USA Today, the Washington Post, the Los Angeles Times, PBS, and the U.S. State Department, to name just a few. 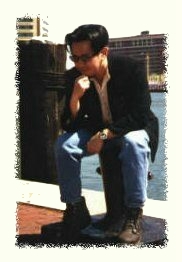 The Asian American Experience (Sociology 240 / Gen. Ed.)
Explores both the similarities and differences in the histories, experiences, and cultures within the Asian American population, along with specific issues including immigration to the U.S., assimilation and ethnic identity, media images and popular culture, demographic trends, ethnic enclaves, anti-Asian discrimination, socioeconomic mobility, gender dynamics, and emerging connections between Asia and Asian Americans.

Sociology of Immigration (Sociology 244 / Gen. Ed.)
This course examines who, why, and how different groups immigrate to the U.S. and what happens once they arrive -- how they are received by mainstream society and how they adjust to their new country. Specific issues include settlement, education, identity, assimilation, discrimination, employment, language, marriage, legal status, and political participation.

Asian Americans in Media and Popular Culture (Sociology 326 / Gen. Ed.)
In this course, we examine and analyze the sociological history, content, and cultural implications of how Asian Americans have been portrayed and represented in mainstream U.S. media and popular culture.

Bridging Asia and Asian America (Asian Studies 312 / Gen. Ed.)
This course examines the historical, political, economic, and cultural connections and intersections between Asian and the U.S, particularly as they relate to Asian Americans, through analyzing issues such as globalization, trade, immigration, dynamics of gender/race/ethnicity, environmental sustainability, civil society and human rights, emerging transnational media and popular culture, and anti-globalization movements.

My main research interests involve using Census data to analyze and compare socioeconomic and demographic outcomes of assimilation and integration among Asian Americans. These include (1) self-employment and entrepreneurship; (2) marital assimilation and intermarriage/interracial marriage; (3) education, occupation, and income; and (4) characteristics of ethnic enclaves and communities. I also have secondary research interests in analyzing the sociological contexts of anti-communist political activities of Vietnamese Americans and the academic and social experiences of international Asian students studying in the U.S. 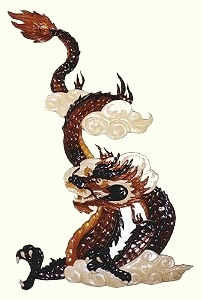 Le, C.N. 2009. "'Better Dead Than Red': Anti-Communist Politics Among Vietnamese Americans" in Anti-Communist Minorities in the US: The Political Activism of Ethnic Refugees, edited by Ieva Zake. New York: Palgrave-MacMillan. 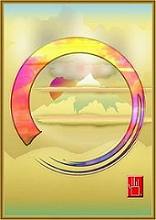 Quoted by The Los Angeles Times, "Dear Internet: Lorde is Dating an Asian Guy -- Get Over It" article by Nico Lang, December 12, 2013.

Profiled by The Chronicle of Higher Education, "An 'Indefinite' Adjunct Sees Progress, and Tensions, at His University" video segment by Greg Kahn and Rose Engelland, October 1, 2013.

Cited by the Wall Street Journal, "The Real Reason Why Asian Americans Are Outmarrying Less" article by Jeff Yang, April 16, 2012.

Cited by the New York Times, "For Asian-American Couples, a Tie That Binds" article by Rachel L. Swarns, March 30, 2012.

Winner of 2020-2021 Outstanding Mentor Award from the College of Social and Behavioral Sciences, University of Massachusetts Amherst.

Co-Organizer and Speaker, "Showing Up with Asian and Asian American Folks: A Community Forum and Dialogue on Building Solidarity" online event collaboratively organized by the University of Massachusetts, Amherst community, April 5, 2021. My remarks are below:


Organizer and Presider, "Laying the Foundation: Commemorating the 50th Anniversary of Roots: An Asian American Reader," session at the annual conference of the Association for Asian American Studies, April 8, 2021.

Le, C.N. "'American Universities Are Not The Same As Chinese Universities': The Transnational Context of International Chinese Students in the U.S" Beijing Normal University, People's Republic of China, June 5, 2019.

Winner of 2018-2019 Distinguished Faculty Partnership Award from the Office of Student Affairs and Campus Life, University of Massachusetts Amherst.

Nominated by the Department of Sociology, University of Massachusetts Amherst, for the Manning Prize for Excellence in Teaching, 2018-2019 and 2015-2016, and for the College of Social and Behavioral Sciences Outstanding Teaching Award, 2015-2016.

Le, C.N. “Diverging Paths: Patterns of Entrepreneurship Among Foreign- and U.S.-Raised Asian Americans,” presented at the annual meeting of the Association for Asian American Studies, April 14, 2017, Portland, OR.

Le, C.N.. "'If I Wanted to Be Around Lots of Chinese, I Would Just Stay in China’: Motivations of Chinese Students to Study in the U.S.," presented at the annual meeting of the Association for Asian American Studies, April 28, 2016, in Miami, FL.

What exactly does C.N. stand for?
Basically, the C.N. is just the first and middle initials of my full name, Cuong Nguyen Le. However, it's been my experience over the years that unless people speak Vietnamese, chances are they will mispronounce my name. To make a long story short, I've gone by a few different variations of my real name and eventually compromised between ease of pronunciation on the one hand and a true reflection of my Vietnamese identity on the other by going by my first and middle initials.


I would like to add your class but it's filled up on SPIRE -- what can I do to try to get in?
I'm glad to hear that you're interested in taking my class. Unfortunately, before the semester begins, I do not have the ability to manually enroll anybody. I recommend that you keep checking SPIRE regularly from now until the start of the semester in case somebody de-enrolls and a spot opens up.

The philosophers have merely interpreted the world. The point however, is to change it.
-- Karl Marx

It is not our differences that divide us. It is our inability to recognize, accept, and celebrate those differences.
-- Audre Lorde

Be the change that you want to see in the world.
-- Mahatma Gandhi